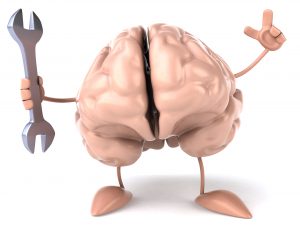 Performance Psychology is not the same as Clinical Sport Psychology; however, both are under the field of Sport, Performance, and Exercise Psychology. The performance psychology specialist (mental coach) addresses the main variables that influence athletic performance, and you will learn mental skills. Clinical Sport Psychologists are licensed professionals who can treat disorders that require a specialist in psychology and sport; it includes therapy. Some examples are eating disorders and disordered eating inside the athletic population, overtraining syndrome, burnout in sport, over perfectionist athletes, and other clinical concerns that can influence athletic performance.

Here is an example of how the confusion started. Any individual who is facing some life challenges such as a divorce, or a loss of a loved one, can show a decrease in performance at work or sport. Then, some mental health professionals help that individual resolve personal issues. After the situation is resolved, the performance level at work or competition returns to the previous state. Unfortunately, those same mental health professionals started thinking that because they helped someone with personal issues, and the intervention resulted in restored performance, they now became specialists in sports psychology. Therefore, just because the mental health professional helped a person that happens to be an athlete, it does not make him/her a sport psychologist or able to help athletes enhance performance. Performance psychology is a different field; it requires another degree and differentiated training.

To understand how things can go wrong when the professional is not trained to work with the athletic population, I will go back to the story that is always repeated in the field of sport psychology. A former clinical psychologist decided to migrate his practice to sport performance, and because he was a famous professional, he got a job with a professional basketball team. The psychologist noticed that players had high activation (stress, fear, worry) before the game, and the professional taught the athletes to use multiple relaxation techniques prior to the game. The athletes followed his guidelines, and as a result, performance decreased drastically, and the psychologist was fired.

The Transient Hypofrontality Hypothesis (THH) can explain how the psychologist failed. According to the THH, in sports that have endurance-based exercise or short-duration extreme energy requirements for sustained periods (with or without breaks), the brain will recruit metabolic resources from other brain regions  (not so relevant to the moment) to keep up with the increased metabolic rate. If motor activity intensifies, the motor cortex will call cortical resources from other regions of the brain to maintain high-intensity aerobic exercise, and the areas that are not needed to maintain motor activity “go off-line” (get disconnected). Consequently, the high cognitive functioning associated with stress, fear, and anticipation of the negative outcome on the frontal brain regions is shut down. The shift in glucose/oxygen distribution produces feelings of nothingness, worry and stress-free, dissociation, and blissful. Also, THH can be a precursor of flow states in physical activities.

In sport, it is common to observe athletes tense before and during the first moments of the game; however, as the game intensity increases, everything gets back in the rhythm. Overactivation can indeed decrease performance, but the activation is also essential for high performance. On the other hand, all that activation/fight or flight response would be inappropriate if the person is preparing for public speaking. The psychologist failed because he did not take into consideration the physical demands of the sport; although, it would be appropriate to train the athletes to use relaxation techniques in the night before the game.

In summary, it is complicated to explain the scope of practice of sport psychology professionals because they come from a different educational background and their training determines the type of services they offer. But for sure, having someone who does not have the training to work with the athletic population can be disastrous to athletes.

To define the type of services that offer, I have a master’s degree in sport and performance psychology, and I am certified by the American Board of Sport Psychology, which includes training in Psychophysiology and Biofeedback Protocols applied to the athletic population. Any professional who offers services to enhance athletic performance without specific training to work with the athletic population is offering services outside their scope of practice, which is

GET A FREE 15 MINUTE ONLINE CONSULTATION